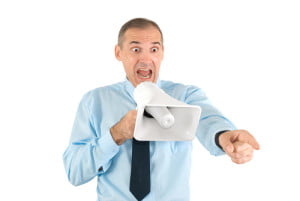 Where does the traditional, hierarchical role of “Boss” or the Agile Manager role fit in at an organization that is guided by the values and principles of the Manifesto:

In my experience with teams of any maturity level,  bosses are simply not needed. In fact they are a hindrance, and often a destructive influence. What is useful is a community of  leaders, or to borrow a term from martial arts: Sempai. Not so much in the traditional Japanese definition of the word – elders – but more in the sense of those who might be a step or two ahead of others on the way, or Do.

In her absolutely wonderful book Coaching Agile Teams, Lyssa Adkins provides a list of personas that she calls “Failure Modes” for coaches, scrum masters, and I extend them to Bosses and Managers in general. Her full list is:

And I admit, I have played more than one of these roles at one time or another. I had the best of intentions, really I did. And I was often oblivious to the impact I had on the team. And then one day I realized why I was acting the way I was. It was simple: I wasn’t trusting the team.

Conjure up your own memories of “bad bosses” or those playing the agile manager role (past, present and future) and see how many of these other failure modes you see:

From the classic HBR article Are You Sure You’re Not a Bad Boss? comes the following “Top 10 list” from most to least fatal boss / manager patterns:

Do you recognize any of these patterns in yourself? In your organization?

I read somewhere that the definition of a boss / manager was someone who walked around letting you know how important they were. That command-and-control, hierarchy-based, model – inherited from the military – clearly will not help us in the rapidly changing, disruptive world in which we live today.

To truly harness the passion, intelligence and spirit of our teams, we must use a very different model of community – one that continually builds and shares knowledge. As Peter Senge wrote in Communities of Leaders and Learners, we must:

Leaders walk around and make sure you know how important you are.

If you still aren’t convinced of the wisdom inherit in this approach, Yves Hanoulle, Meike Mertsch and Ignace Hanoulle have recently published: The Leadership Game in which they provide a great way to experience the difference between command-and-control agile manager roles, self-organizing teams and coaching leadership styles.

It is a three-hour game built around the daily practices of Agile teams and guides participants to use  those different leadership styles, each exaggerated, to gain insights about:

These new communities of leaders will help influence organizations and teams via “What and Why” – a vision, the set of desired outcomes and purpose – instead of “When and How.” They will invite participation within the guardrails of Agile’s values and principles.

The patterns for success in this model (in no particular order) include:

The mark of a leader, an attribute that puts him in a position to show the way for others, is that he is better than most at pointing the direction. Our best leaders will be true servants first and foremost. How will we recognize them? Robert Greenleaf provides the test:

The best test, and difficult to administer is: do those served grow as persons; do they while being served, become healthier, wiser, freer, more autonomous, more likely themselves to become servants.