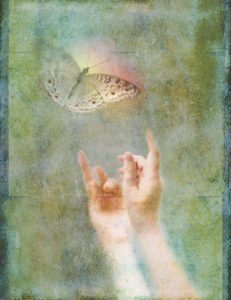 If you’ve read my tag-team post w Tanner, you’ll remember Ed, the command and control boss. Ed now has a choice: embrace change to become an effective leader of his team (and perhaps ultimately a change agent) or find a new C2 gig.

The first path is going to be quite the challenge for Ed. There will be small changes and big changes. Changes not only at the individual level but at the team and organization strata as well.

Why Is Change So Hard?

To simplify things, let’s start our discussion about change with a focus on Ed, the individual. And later on we can expand to teams and organizations, provided we both have the steam to carry on.

There are quite a few reasons that change for Ed will be tough. One of the biggest obstacles for Ed in his personal transformation will be his amygdala. That ancient part of his brain that helped his (as well as your and my) ancestors stay alive long enough for Ed to emerge out of the evolutionary sea.

That element of Ed’s brain structure gets many inputs from his senses. It manages Ed’s memories and past experiences, and is very, very sensitive to danger.

It’s that part of Ed’s brain that is highly pattern focused and computes “Tiger growl = dead Ed” and consequently makes Ed freeze / flee / pee. All of this happens well before Ed has had a chance to think things through with his much newer (and slower) brain structures. (e.g., “Oh, nice kitty, approach to rub its tummy…”)

The Power of Habits

Ed has created many habits over the years. His behaviors have not only been responsible for his success in the older paradigm of Management 2.0. They have also helped shape his inner identity. He was rewarded for certain behaviors, which he then strove to maximize. And likely dis-incentivized (punished) for non-compliant behaviors.

Fortunately Ed can work with the adaptive nature of his gray matter to help him transform his old habits from “Boss” to “Leader.”

There are a couple of behavioral models that apply. A few you are likely familiar with from change management:  “ADKAR” and PDCA.

Both of those depend heavily on Ed’s newer brain structures in the evolutionary sense (neocortex) to be effective.

ADKAR represents the five milestones an individual must achieve for change to be successful:

You can read about ADKAR here

But to really have long lasting change, there’s another behavior model that comes into play. This other model will have greater influence on those two almond-shaped groups of nuclei located deep within the temporal lobes of Ed’s brain. That ancient amygdala.

This models comes from social neuroscience, David Rock and is known as SCARF.

Wrap a SCARF around Your ADKAR…

The SCARF model seeks to associate five areas of social experience as it applies to collaborative groups:

Being aware of these five domains and their influence will help Ed to get in touch with what might otherwise remain buried deep in the darker recesses of his brain.

This mindfulness will give Ed a step up when it comes time to make decisions, and to take action (or not). It will help him manage his emotions, his stress levels, and maintain higher level consciousness of his intrinsic motivations.

An understanding of “SCARF” will also help Ed be smarter.

No, I’m not kidding here. Studies have shown that when in a stressed or threatened state (i.e., amygdala on high alert), there is literally less oxygen and glucose available for the cognitive functions involved in linear, conscious processing – food for the neocortex.

Growth Will be Iterative and Additive

One more thing before we take a look into Ed’s growth path and each of the five SCARF domains.

Ed’s evolution from C2 Boss to Leader will start with him increasing his awareness of how his social environment drives him to react.

He’ll slowly gain better control over his emotional reactions to the stress of change and be able to teach his neocortex how to inhibit his amygdala.

But it’s likely to be a bumpy trip.

Ok, on to the key areas for Ed to tune into, not to completely suppress his basic emotions, but to manage them, to keep them under control.

Recall that status is about relative importance to others.

Ed has likely attached much internal meaning to the importance of his position as “Boss.” He may have even responded in the past with aggression should his “power” be challenged. This is because a threat (perceived or real) to his status activates exactly the same neural networks as a threat to his life. And cortisol, the stress hormone, flows fast. That vigilant amygdala of Ed’s processes stimuli well before things reach his conscious awareness.

Well, that presents a problem,eh? Ed’s got to look at status in a very new way… one where his “power” come from somewhere else, and is multiplied by the wisdom of his teammates.

instead of being the crap that rains down on the team, Ed, be the umbrella @ScrumLeader Click To Tweet

By nurturing a trust filled environment (more on that below), people will value Ed. Not because of the implied power of his position but because he is creating change in the system that brings out the best in others.

By being open and receptive, approaching each moment with the overarching idea of engagement, eg., asking the team for their ideas, not telling ‘em what to do, Ed creates space. Open space.

By demonstrating a willingness to try new things and new approaches himself (and likely failing), he creates greater safety.

And by focusing on making his team look good, not taking credit himself, Ed’s team will appreciate Ed. Status reward.

And here’s an interesting thing about status and Ed’s brain’s wiring: People think about themselves using the same neural networks they use for thinking about others. If Ed can focus on his own learning and improving, doing “Better than last time” his own status reward circuitry will be activated.

Ah, certainty. That ability to predict the future. In the past, telling people what to do gave Ed a (false) sense of certainty, that what he wanted would in fact happen.

This is going to be replaced with a nice dose of fear and anxiety. Constant change. Things will never go exactly as they were planned. Constant inspect and adapt.

In Ed’s favor is the fact that his brain is a pattern-recognizing machine. So while the details of the future will be uncertain, Ed can create some sense of certainty through the regular patterns and rhythms of a framework like Scrum. The ceremonies, the planning, those patterns, like music, create a flow of information.

The time boxes of scrum, the breaking down of large piece of work into smaller steps, and the formalized roles of product owner / scrum master all also help to increase a sense of certainty.

The sense of having choices. In the “old way” – command and control – Ed had a boss too. Just like Ed was the “boss of his team.”

In both of those hierarchical directions, micromanagement, the lack of genuine autonomy, triggered a threat response in the structures of both Ed’s and his “reports'” brains. The likely “choices” were the boss’s way or the highway.

Now, many policies, along with “We’ve always done it this way” procedures, need to go.

There need to be a path cleared for new ways of decisioning making.

Instead of being the bulldozer that pushes the team along, be the one that clears the path ahead of them. @CoachAgileTeams Click To Tweet

Tools such as team agreements, intrinsic/moving motivators and delegation matrices provide a canvas that not allow the team the space to paint their own masterpiece, they will also give Ed a sense of certainty of where the borders are.

A sense of autonomy – one that allows others to act in accordance of their own intrinsic motivations – fires a reward (approach) response in the brain. And guess what, those increased dopamine levels are closely linked to happiness, and joy, as well as a greater ability to solve non-linear problems.

By giving up control, by allowing more autonomy, Ed taps into the wisdom of his teammates, producing better results, leading to recognition and higher status for everyone. How cool is that!

The amygdala deals with relatedness in a very primal way: are you my friend or my foe? Part of my tribe or a stranger (potential threat). With me or against me?

Chances are as a “Boss” Ed has made it a point to keep himself  separate from his “reports” on a personal level – a “professional distance.” That mades it pretty difficult for Ed to empathize.

He can start to close that gap by using tools like personal maps as well as intrinsic motivators to find common ground for water cooler chats.

He can also go out for a drink with the team. (Or carry around a nasal inhaler of oxytocin.) Or turn on the video during conference calls. All of these will help Ed begin to form positive social connections, i.e., relate to his team.

Ed can also make it a point to show appreciation to his team for jobs well done.

Fairness is about creating an environment where people know what is expected of them. That the rules of the game are clear, and the rules are the same for everyone.

An environment of fairness can be catalyzed by increasing transparency. No more closed doors. No unwritten rules. Clarity around business issues, high level goals, shared OKR’s.

Team agreements, decision matrices come into play again. So will regular retrospectives where the viewpoints of all team members are exchanged and considered.

And from Scrum, the team decides how much of a workload to accept in a given iteration, and they determine themselves how the work is shared. They are not dictated scope and delivery dates.

Summing Things Up: Ed’s Path to Success as a Change Agent

If I can remember back to the start of this post, I think I said this transition was not going to be a walk in the park for Ed. (Unless we’re talking about Jurassic Park.)

As I doubt that Ed will be comfortable with the extreme autonomy of being out of work, he’s going to have to stick in there, recognizing when his amygdala is on high alert, and managing (and not suppressing) his emotions. By focusing his attention over time, Ed will be able to change his wiring.

A few key strategies for Ed:

As Ed begins to make breakthroughs in his own growth, he will hopefully become aware of organizational systems – compensation, flexible work arrangements, extrinsic motivations, information flow, promotions, training, on boarding, a vast range of structures – that are negatively impacting the SCARF domains of his environment, in the same way his command and control bossiness did to his team.

At that point Ed can enter his next stage of metamorphosis, from leader, to change agent. More on that topic another day. I’m outta words…

Wanna Learn More about Your Brain?

For a deeper exploration of SCARF, and about how your brain works, see David Rock’s work: