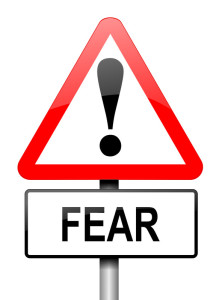 I frequently have conversations with individuals and teams about something that is holding them back: Fear of conflict.

Fear of conflict has the potential to keep team members from expressing their opinion, questions, solutions, analyses, and investigations. Fear can result in paralysis and catastrophizing (making things seem worse than they are). When afraid, an individual can be focused on avoiding conflict and/or mistakes rather than effective problem identification and solving and ultimately delivering exceptional value.

Conflict itself is not a bad thing. Neither are mistakes in attempting to resolve problems. Both are an advantage to high performing teams operating in complexity. In fact, show me a team without conflict or failure, and I’ll show you an underperforming team.

Find more pleasure in intelligent dissent than in passive agreement, for, if you value intelligence as you should, the former implies a deeper agreement than the latter. Bertrand Russell Click To Tweet

Where Does Fear of Conflict Come From?

Tensions on a team and between individuals have the potential to help things surface for group discussion, where all voices and POV’s can be shared. However fear of conflict gets in the way when team members either rush into ineffective or unsustainable solutions or avoid discussing things at all.

Some common sources of the later path, silence, are:

All of these are very real. And can be very scary.

Show me a team without conflict or failure, and I’ll show you an underperforming team. Click To Tweet

Real Issues are Best Dealt with as a Group

Real issues are those that alter a team’s ability to achieve their goal/purpose.

There are three common anti-patterns for dealing with real issues. While these minimize an individual’s level of anxiety in the short term, they will damage levels of trust and team performance in the long term:

All of the above are so tempting when we’re all WFH… however, none lead to good things over time.

There are two patterns for addressing tensions about real issues in which individual anxiety levels will go up, however, both will increase the possibility that the team will move towards higher levels of performance and resilience:

One on One conversations limit the potential for embarrassment, individuals are unlikely to feel ganged up on, there’s a greater potential for charity, privacy, and confidentiality. If you decide to go this route:

The greatest potential for individual as well as team growth is when real issues are addressed as a group. Doing so:

What conditions need to be in place for ‘you’ to speak up? For you to be brave and head into the messy middle ground of problem identification in a group setting? To step out of your comfort zone? To be vulnerable and bust through your fear of conflict?

“In any given moment, we have two options: to step forward into growth or to step back into safety.”

Which will you choose?