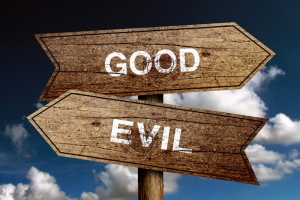 Bring up the topic of “technical debt” to a software engineer, a product owner, a stakeholder, or heavens above, the gold owner.

What happens? Do you get frowns? Smiles? Nervous fidgeting?

Technical Debt is such a loaded, misused, and misunderstood term.

I imagine in most conversations when the topic comes up we probably aren’t even talking about the same thing.

What is Technical Debt?

Ward Cunningham is credited with coming up with the metaphor of “technical debt” in the context of software development:

“Shipping first time code is like going into debt. A little debt speeds development so long as it is paid back promptly with a rewrite… The danger occurs when the debt is not repaid. Every minute spent on not-quite-right code counts as interest on that debt….”

Doc Norton has a great video on the topic:

Go Ahead, Have Some Debt

I posit that there’s not a single, in-service, complex software system in existence that doesn’t have technical debt. Taking on debt allows for:

Debt is like borrowed money. You get to do something sooner (buy a bigger screen TV, a new car) than you might otherwise if you had to pay “cash,” but until you pay it back, you’ll be accumulating interest. So if left unchecked, eventually you will hit your credit limit and your purchasing power will be reduced to zero.

The ability to pay back the debt depends upon you writing code that is clean (and well tested) enough to be able to refactor as you come to understand your problem better.

“Good or Evil?” is Probably the Wrong Question

A Better Question: “Debt or Cruft?”

Wanna know if what you’ve got (or gonna create) is “Technical Debt?”

If you answer “no” to even one, you don’t have Technical Debt – you have a mess, you have cruft: An unpleasant substance, the result of shoddy construction, redundant, old or improperly written code.

This is the non-strategic result of poorly written or low-quality code.  Cunningham as well as Uncle Bob do not call this technical debt. They just call it crappy code. Cruft. What makes it “debt” for some is that the original authors are no longer around to benefit the organization through learning and improving from their own earlier mistakes.

Cruft happens. Cruft is a bad decision, every time. It’s a trap. Avoid it. Clean it up constantly. Follow the Boy Scout Rule – leave things better than you found them. Never make an intentional mess. Monitor and clean cruft. But don’t call it technical debt.

Made as a conscious decision to optimize for the present rather than for the future. Hopefully, the decision will have been prudent, rather than reckless. Some prudent examples:

Good debt, taken on consciously and strategically, can:

What is Not Technical Debt

None of the four bullets above require interest payments.

By spending resources on maintaining our software/hardware stacks:

The “debt metaphor” probably works here – but perhaps we could view this as depreciation.

What are the Costs of Technical Debt?

The interest on technical debt increases software entropy. And ongoing development on a code base with technical debt will compound, increasing the cost of “paying off the debt” in the future. Costs include: 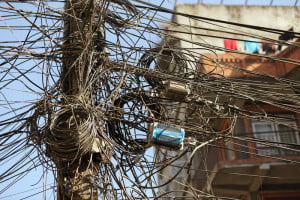 Technical debt in legacy code can be paid in one of two ways:

Both will take time.

And with debt-filled legacy code, refactoring can be really hard. To refactor we’ll need to be confident that our changes are not going to break anything. And to write tests on top of that code sucks because the code is often so tightly coupled. So we have a catch 22: to refactor, we need tests, to test, we need to refactor. One solution to debt in legacy code will be improving the current code base in cycles: Introducing tests and breaking monolithic legacy apps into uncoupled pieces. For more, see the classic text: Working Effectively with Legacy Code

A big rewrite won’t be a bag of fun either. It will almost always take longer, and be a more difficult path than we expect. Maiz Lulkin has a great post on this (Technical debt 101)

When developers propose a big rewrite, and for whatever crazy reasons, business agrees, the stage is set for a new kind of failure. Business starts by asking if all functionality will remain in the new app. Energized by the prospect of making things right, and overconfident, developers say “yes”. It turns out that it’s virtually impossible to track all functionality in a legacy code base, and few rewrite projects take the huge necessary time to document everything.

The second thing business will ask is about deadlines. Estimating a big rewrite is probably one of the most unrealistic things one can try to do.

The third thing is that business will not accept all new features to be halted. Therefore there will be the need to keep track of them, and to reimplement them as well. And all relevant data should be migrated.

Fourth, in the rush to convince business, developers will promise all kinds of things, like that the refactoring will make the system faster, more robust or scalable…

Fifth, given part of the problem was developer’s inexperience in coding itself, how can they guarantee that now they know better? Will there be new, senior developers, or maybe consultants, helping them?

Sixth, generally, planning is not a particular strength of the kind of project that ends up needing a rewrite. Will the rewrite be properly planned?

How to Keep the Quest for Perfection from Causing Paralysis

Refactor or Rewrite? What to do? Well, when faced with two equally tough choices, avoid the third choice: not to choose. We should never hear: “Don’t touch that code. Last time we did, we spent a week fixing it…” (There’s one possible exception to avoiding the third choice, that is when something is approaching End Of Life.  At EOL the tech debt payments might just go away when we pull the plug…)

Spend a great deal of time in discovery. Learn where the dragons are. Consider the big picture. Make your assumptions explicit. Determine the true lifetime costs of the options.

And then budget sufficient resources to pay down the most profitable debt in the most expedient way possible:

When faced with two equally tough choices, avoid the third choice: not to choose. Click To Tweet

Here are several Pat & Mat videos. Enjoy watching technical debt in the making, and try to avoid doing this in your projects.

HT to @BradStokes for the sharing of Pat & Mat!