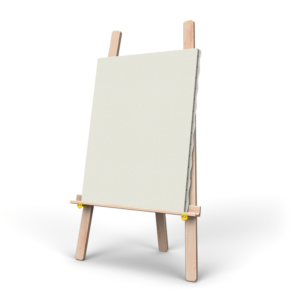 But hear me out.

I just finished reading (actually listening to the Audible version while running) Stephen Denning’s book The Agile of Agile – link at the bottom of this post.

One of the many things I liked was Denning’s sharing of Silicon Valley icon SRI international’s canvas for defining a value proposition.

“They are the fundamentals,” says SRI’s Curt Carlson. “It doesn’t make sense to write up a big report until you can explain [things] in simple language to a knowledgeable person. Once those fundamentals are in place, the full business plan is much more efficiently developed.”

So before you launch into a 9-panel BMC canvas, or, gasp, a 20 page BRD, consider the four cells of NABC.

Sketch it out, pitch it via dynamic teaming / self-selection and see if you get any champions to join you.

Keep in mind, you don’t need to “Get it right the first time.” NABC is meant to be an iterative approach.

And do not be afraid to “bailout” if it turns out there’s really not enough value, not enough champions, after your initial “Holy crap – this shower idea I had is a game-changer!!!!” euphoria has passed.

Here’s an example, can you guess the ultimate product?

If you guessed Siri, you got it!

The connection to HAL was dropped along the way, and the voice assistant was released as a stand-alone app for iOS in February 2010.  The app was then acquired by Apple two months later. And “Siri” was integrated into the iPhone 4S at its release October 2011. Siri has since become an integral part of Apple’s mobile as well as laptop line.

Go Ahead: Tell a Good Story

Use the NABC approach to sketch out a shared vision.

Create the bones of a good story.

Variations on the Hook

The Hook could be a simple tweetable phrase. Or you could use one of my favorite powerful presentation devices the “Ig Nobel 24/7 Lecture“:

The approach explains your pitch twice:

ProdPad has a nice format you could experiment with for your 24 seconds:

If you can pitch for idea in 24/7, then you are ready to find your champions!

Then collaborate to test your hypothesis against reality.