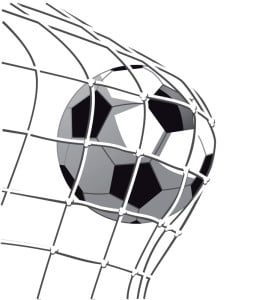 I’m not sure where I first heard this story, but it makes a good point about a concept of teamwork.

A father was sitting at the kitchen table enjoying a late afternoon cup of tea, when his daughter came bounding in after her Saturday soccer game. She had a skinned knee and a huge smile on her face,

“Well, it looks like somebody had a good game…” Dad said.

“Yeah, I scored a goal!” the daughter proudly proclaimed.

“That’s awesome!” Dad replied “How much did you guys win by?”

"Any organization that designs a system will inevitably produce a design whose structure is a copy of the organization's communication structure." Click To Tweet

Back in 1967, Mel Conway submitted a paper called “How Do Committees Invent?” to the Harvard Business Review (HBR)

They rejected it, on the grounds that he had not proved his thesis.

He later submitted it to Datamation one of the major IT magazines of that time and got it published in April 1968. A 4-page PDF of the Conway’s paper can be downloaded here.

“Any organization that designs a system (defined more broadly than just information systems) will inevitably produce a design whose structure is a copy of the organization’s communication structure.”

Fred Brooks cited the idea in his elegant classic “The Mythical Man-Month,” calling it “Conway’s Law.” The name stuck.

There are many applications and important corollaries.

Conway’s law was not intended as a joke or a Zen koan, but as a valid sociological observation: the structure of any system necessarily will show congruence with the social structure of the organization that produced it.

Which begs the question: How does your organizational structure lend itself to building the best product for your customer?

How does your organizational structure lend itself to building the best product for your customer? Click To Tweet